Just What is an Adequate Anthropology Anyways?

Though no specific end date was planned by the authors of the Standards for Christian Anthropology, the last edits to our content were finished on May 18th of this year: the 100th birthday of St. John Paul II. That’s pretty significant for me, who became involved in the process of writing them over 4 years ago! 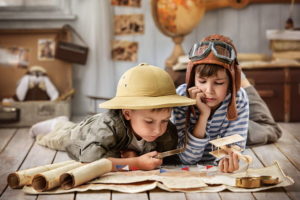 In taking into account the reviewers’ feedback of our Standards for Christian Anthropology, Denise Donahue of the Cardinal Newman Society,  and I realized that we needed to offer a clear explanation of the nature of Christian Anthropology and the value of teaching it to school-aged children of all levels. That included spelling out the meaning of “adequate anthropology”, a term used by St. John Paul II to refer to his teachings about the human person.

For some people the term “anthropology” conjures up the image of the Cro-magnon man, but we are not about studying fossils. On the contrary, we’re addressing what living life to the full entails. The Greek word anthropos, means man. Anthropology in the theological sense has to do with who man is: the study of the nature of the human person including our origin, created in the image and likeness of the Triune God and our destiny to be brought into the loving communion of the Trinity for all eternity.

But what about that adjective “adequate”? As the fruit of years of studies and deep meditations, St. John Paul II wanted to offer a full vision of who the human person is called to be 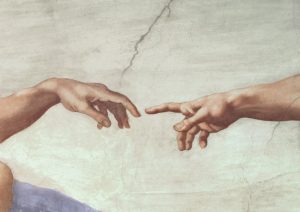 according to God’s loving design. At the start of his Catechesis he quotes the Lord Jesus from the Gospel of Matthew and Mark saying “from the beginning” when God “made them male and female”. St. John Paul II reflects at length about what we can know about the human person through God’s revelation in Sacred Scripture, starting with the creation accounts of Genesis. An entire worldview is developed showing how the person relates to God, himself, others and all of creation. It’s about being fully human in the best sense of the word and achieving deep happiness. Profound insight is provided about God’s original design for us, the wound to our nature on account of original sin, and how we can be restored through the grace given to us by Jesus Christ’s redemptive act.

St. John Paul II entitled his catechesis on the human person “Theology of the Body”, giving special importance to the sacramental meaning of the body: “Man appears in the visible world as the highest expression of the divine gift, because he bears within himself the inner dimension of the gift. And with it he carries into the world his particular likeness to God, with which he transcends and also rules his ‘visibility’ in the world (…) The body, in fact, and only the body, is capable of making visible what is invisible: the spiritual and the divine. It has been created to transfer into the visible reality of the world the mystery hidden from eternity in God and thus to be a sign of it.” (TOB 19:3-4).

We can get an idea of the value of teaching an adequate anthropology to children by considering the life-giving effects this could have on those who learn it. Let’s be clear though: 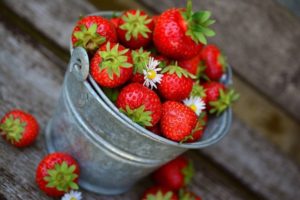 we are not looking to produce something, but rather sow seeds in the hearts of young people that will hopefully grow and bear fruit. The free cooperation of individual persons and the mysterious gift of grace are at play.

In learning that they themselves are a good gift from a loving God and that his design for us is true happiness, children, young people and adults alike can become aware of their own immense dignity. And as this dignity is rooted in God’s goodness and love there’s a sense of security. The next step flows from the realization of one’s own worth: others are also good gifts of God and worthy of my respect and love.

Tim Reilly, who was formally the principal of one of the largest elementary schools in Ohio once described for me the effects these teaching had on the students of his whole school over a period of 5 years. Disciplinary problems went on sharp decline and even the types of infractions became less serious. He went from a wide drawer full of cases down to a single file of disciplinary matters. He found that children were receptive to applying these teachings to draw conclusions about their own actions. If they were worthy of respect and had immense worth then that meant others were too.

On an occasion that I helped in giving an in-service to 200 Catholic teachers we brought in two senior high school students, who had been assimilating an adequate anthropology. The exit survey made their testimonies the hit of the day and no wonder. They spoke with great self-assurance and eloquence about their self-identity. The young man spoke of his responsibility to make a gift of himself and the young woman spoke of her peace despite not having her future completely figured out, because she knew what she was about as a human person. 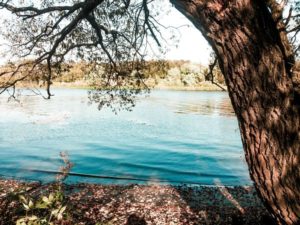 From a young age, children are capable of appreciating that they are loved. The teachings of Theology of the Body root them in the unconditional love of the Holy Trinity. Our hope is that children who learn the truth about themselves and their infinite worth will remain in that light and thus discover the joy that comes from living in communion with God and in loving service to others.

They are like a tree planted beside the waters

that stretches out its roots to the stream:

It does not fear heat when it comes,

In the year of drought it shows no distress, 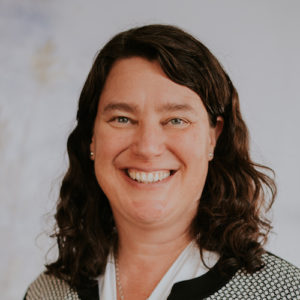