September 19, 2019 marked Ruah Woods’ Annual Banquet where we celebrated our 10th anniversary of bringing Theology of the Body to the Greater Cincinnati/Northern Kentucky area and the 40th Anniversary of Pope JPII delivering the audiences on St. Peter’s Square. In that time we’ve come a long way!

Cincinnati Archbishop Dennis M. Schnurr addressed the sellout crowd of over 600 supporters, consecrating Ruah Woods to the Immaculate Heart of Mary. He conveyed his appreciation for the work of Ruah Woods in the Archdiocese of Cincinnati and beyond, emphasizing the need for Theology of the Body to be taught to even “our littlest ones.”

Glenn T. Stanton, director of Global Family Formation Studies at Focus on the Family delivered the keynote address. He debates and lectures extensively on the issues of gender, sexuality, marriage and parenting at universities and churches around the world. He predicted that JPII’s work, Man and Woman He Created Them: A Theology of the Body, will in years to come, gain the stature that Aquinas’ Summa Theologica and Augustine’s Confessions hold in the Church today. His presentation stressed the power of TOB to overcome the cultural confusion over the dignity of the person prevalent in today’s society.

Leslie Kuhlman, Executive Director of Ruah Woods provided the following ministry update, opening by asking, “Who isn’t intrigued by before and after pictures?”

What is so satisfying…even amazing…about seeing something that’s in a shambles, reclaimed to its original condition? Why does it touch our emotions so?

We celebrate and cheer for these transformed lives, don’t we! They were lost and now, are found….wounded, and now healed…their human dignity restored. It’s as though the person, somewhere along their journey, succumbed to an identity crisis…they’ve forgotten who they are. 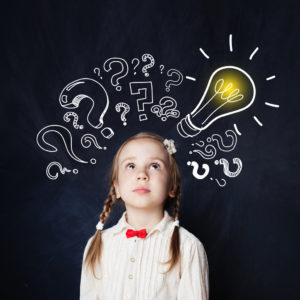 Identity is the core plague of our culture today. We don’t know

Maybe you do, but you know someone near you who doesn’t. Look around…there’s this sense that something is very culturally “off” right now. There is a massive disturbance in the human ecosystem.

In Mary Eberstadt’s new book, Primal Screams, she notes that legions of people – especially the young – have become unmoored from a firm sense of self, mostly due to the implosion of the family wrought by the sexual revolution.

Add to this a retreat from religion and God, and the ties to the Creator have been cut, leaving people untethered to the One who made them.

To compensate, many seek a new family and join the ranks of ideological tribes spawned by identity politics and react with frenzy against any perceived threat to their group. Opposing voices are crushed.

Who am I? Such a seemingly small question, but with GIGANTIC implications for our lives. TOB answers this question with this: I am made to love by love for love. My purpose is to make a gift of myself to others, and to see others as a gift given. We want every child to grow up knowing the answer to this question!

Ruah Woods is on the Extreme Makeover Team and we’ve been getting after this reno project for the last ten years! Here are some highlights from the last twelve months… 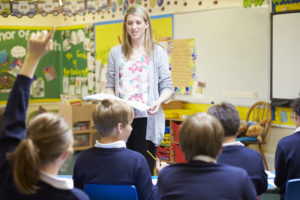