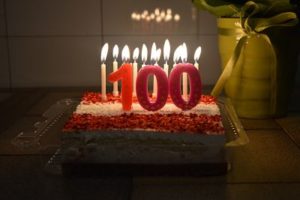 This May 18th was the 100th anniversary of the birth of our beloved Pope St. John Paul II. Typically, only people who have had a truly historic impact have their birthdays celebrated long after they are deceased. John Paul II was one such historic person. I would like to reflect briefly on some of the long-lasting influence he has had and will continue to have on the Church as well as some of the impact he has had on me personally.

For many younger people today, it is difficult to truly appreciate the immensity of John Paul II’s impact on the Church. To put his pontificate in context, we have to recall the significance of the Second Vatican Council (1962-1965). Ecumenical councils are rare and only called when the Church needs to face major challenges in its mission. Vatican II, as it is often named, was in many ways an attempt to bring the First Vatican Council to completion as it was cut short by the Franco-Prussian war. The scope of Vatican II was immense: nothing less than reexamining the relationship of the Church with the modern world. As a newly ordained auxiliary bishop and later Archbishop of Kraków, Karol Wojtyła participated in all four sessions of the Council. His stature and reputation as an outspoken, courageous young bishop of immense intellect grew to the point where he was appointed to the committee that drafted what became perhaps the Council’s defining document, the Pastoral Constitution on the Church in the Modern World (Gaudium et spes).

Inspired by this experience, Archbishop Wojtyła became the only participating bishop to write an entire book summarizing the teaching of the Council and giving guidelines for its implementation (Sources of Renewal). Not long after, Pope Paul VI named him a Cardinal of the Church, perhaps as a way of thanking him for his contributions at the Council and for serving as a key theological advisor in preparing the encyclical letter Humanae vitae (1968), which dealt with thorny questions concerning marriage, sexuality, and birth control and reaffirmed the traditional Catholic teaching that sexuality is meant to unite a man and woman in marriage and must always be open to life. 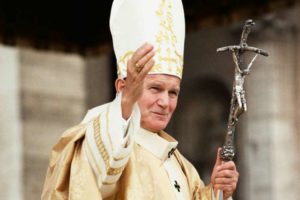 Paul II. He was the first non-Italian Pope in 455 years, and he hailed from — at that time — a communist country (Poland).   This alone would make his a historic pontificate, but it was only the beginning. Whereas his predecessor, John Paul I, reigned for merely a month, John Paul II reigned for over 26 years, making his the third longest pontificate in the history of the Church. He accepted his mission from Christ to serve as the Church’s principal interpreter and implementer of the Second Vatican Council as well as to lead the Church into the Third Millennium. He did so with courage and faithfulness.

There is hardly an aspect of the Church’s life that was not impacted in significant ways by the teaching and leadership of this saintly Pope. Under his guidance, the Church produced a new Code of Canon Law governing all major aspects of ecclesial life. Later came the Catechism of the Catholic Church, the first universal catechism since the Council of Trent. It will remain for generations “a sure norm for teaching the faith.” Among his many gifts to the Church include 14 encyclical letters, 14 apostolic exhortations, and thousands of speeches, audiences, and other documents. His writings covered everything from the Persons of the Trinity; evangelization; the dignity of the human person; social issues such as the dignity of work, distribution of resources, and human rights; priests, bishops, consecrated religious, and the laity; marriage and family; the Eucharist; Mary; the rosary; sin, mercy, and reconciliation; fundamental principles for morality; and much more. Incredibly, he canonized 482 new saints and beatified 1338 new blesseds. He gave us the Luminous Mysteries of the rosary. Liturgically, he oversaw the reform of the reform, so to speak, which culminated in the publication of the third edition of the Roman Missal, which we use today. Then, there is his pivotal role in the fall of Communism in Poland and across Eastern Europe. The list goes on.

Of course, we at Ruah Woods are especially indebted to him for his Theology of the Body, which he gave to the Church at his Wednesday general audiences in the early years of his pontificate as well as the founding of the Pontifical John Paul II Institute for Studies on Marriage and Family and the Pontifical Council for the Family. These gifts were meant to help the Church proclaim the nature and dignity of the human person, love, marriage, and sexuality in these confusing, uncertain times. 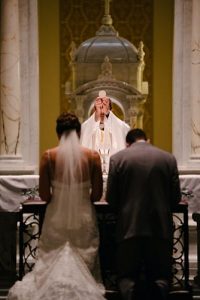 For me, personally, I regard myself as a “JP2 Catholic.” I was actually born during the interregnum, i.e., the time between the death of John Paul I and the election of John Paul II. I had little awareness or appreciation of John Paul II until, as a college student, I began to learn more about him and his teachings. My wife and I were blessed to be taught by a priest who earned his doctorate at the John Paul II Institute as we were preparing for marriage. We read John Paul II’s documents on marriage and family at that time and were taught aspects of Theology of the Body in class with other young people. We fell in love with the Church’s vision for marriage and family as expressed through the Pope’s writings. For me, it became my principal inspiration for becoming a Catholic psychologist.

In graduate school, I immersed myself in studying John Paul II’s teaching. As an aspiring Catholic psychologist, I wanted to understand the human person as he did. I studied all of his encyclicals and many of his other papal documents, books, and pre-papal writings. I took graduate seminars on his thought, including Theology of the Body. The more I read of his teaching, the more I wanted to know, and the more I fell in love with this man. He became for me a spiritual and theological mentor. Even more, as I read his thought, I felt a closeness to him. He became a father-figure to me, teaching me how to see the world, how to live, and how to be a Catholic man in the Third Millennium.

Even today, I regularly read and re-read his writings for my own personal and professional enrichment. I pray to him daily, seeking his intercession to be the man, son, husband, father, and psychologist I am called to be. He is my teacher, my guide, my father, and my friend. For the last 10 years or so, I have been blessed to serve as an adjunct professor at the Washington, DC branch of the John Paul II Institute. When I go to Washington to teach, I always make a visit to the St. John Paul II National Shrine to visit the museum of his life and venerate his relic. Those visits move me to tears of gratitude. Truly, I would not be who I am today — perhaps not even Catholic — without the life, witness, and teaching of Pope St. John Paul II. With deep affection, happy birthday, Papa!

The Pope officially founded these two new entities on May 13, 1981, the same day he was shot by his would-be assassin, Mehmet Ali Agca. May 13, of course, is the feast of Our Lady of Fatima who had given the three children of Fatima a vision of a pope being gunned down decades earlier. John Paul II believed that he was saved by Mary’s hand.

Currently, I am working my way through his general audiences from the years after Theology of the Body during which he gave a systematic catechesis on all the articles of the Creed.